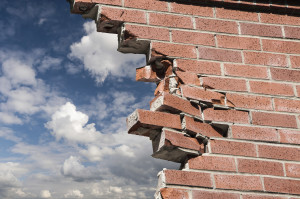 The regime for listing buildings has come into public focus recently with English Heritage listing of 14 modern buildings – some of them rather ugly. Like them or loathe them: that’s a question? Another question is whether English Heritage is now going to take seriously the deregulation introduced by the Enterprise and Regulatory Reform Act in 2013 which provides that “specific features of a building (can) be identified as lacking architectural merit”.

The provision has an immediate personal relevance. I applied to make minor changes to my Grade II listed house -one of a terrace of typical mid-Victorian London terraced houses – not much intrinsic architectural merit individually but worth protecting because the collective front elevations make a handsome street. My changes were to the pipework at the back of the house. The local conservation society, an unelected and unaccountable group, objected on grounds of authenticity and aesthetics and they may have been half right insofar as there would have been few pipes in the 1860s. But what a nonsense fussing about the back walls and, fortunately for me, the objection was rejected because the houses next door has the same pipework.

The listed building regime has been taken over by zealots with no deterrent to their tiniest objections. Protecting a front facade is fine. But legislation to preserve the whole house in aspic is unnecessary. It would be good if, following the change in law, English Heritage consulted on what is worth preservation and what is not for existing listed buildings. Old habits die hard: I’m not holding my breath.

Brownfield: The Housing Crisis Solved? Updated and revised for the whole of England 28th February, 2018